skip to main | skip to sidebar

We all get fascinated by the word HIGHWAY.  Highway brings smile on every traveller face. 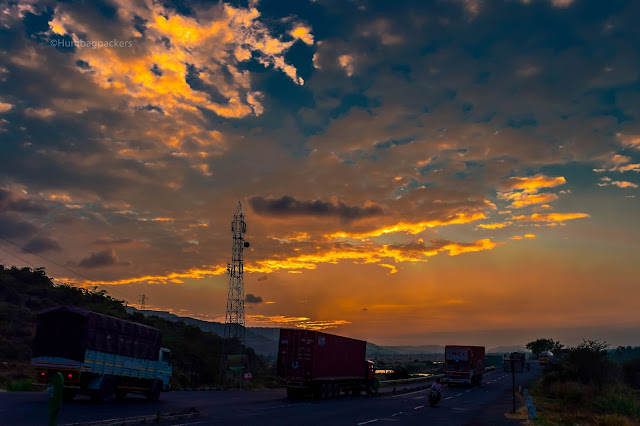 Some people have an unconditional love for Riding Bikes on Highway or just heading the roads without any planned destinations. I must say these types of people living their Life as it supposed to, because I am one of them, I also travel without any pre-planned destination ... I just get my butt moving and leave my home. It’s like today is a fine day let’s get out and explore some streets or like go anywhere.

Travelling will always makes you richer.

As I live near the HIGHWAY NH4 in Pune. I thought to hit the Road today and Ride my brother Scooter on NH4 and visit LONAVALA. I was excited as I was going to ask my brother scooter for a Ride to Lonavala which was 60 KM away from PUNE , But he said no,  because I am amateur as a rider.
But I didn’t lose Hope ( aaj toh nikalna hi tha ) then searching  for more travelling options , I choose to take the PUNE LOCAL TRAIN  from KASARWADI – LONAVALA  . Eventually it work out and later on I was in the LOCAL TRAIN towards LONAVALA. It took me 40 minutes to reached at LONAVALA station but I fully enjoyed the PUNE LOCAL TRAIN experience...  beautiful views , Marathi people around me , the smell coming from Marathi’s , talking with the strangers , knowing their life  stories … it was Fun and I am sure these little things were fascinate any Traveller .

Later I was eating WADA PAAU outside the LONAVALA station because I was very hungry and got limited cash … I repeat very limited.

Then I asked Auto-Rickshaw driver … How much for Tiger point?
Hearing 250 Rs from his mouth shattered my dreams into pieces and deactivate my ears for a while, because I have got very limited cash nearly 300 with me because of DEMONETISATION effect in INDIA.  It’s funny that after hearing about the money thing I asked him to guide me the way towards TIGER POINT I will walk, Later on I realised, that I could have captured his face it was way too funny he said in a Confusing Tone ( bhai pagal h kya 18 km upper h vo )  its 18 KM away from here , are you crazy ?
I gave him one sneaky smile and  I said … 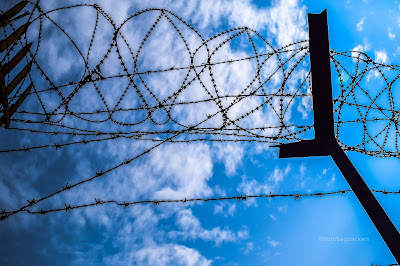 I was sure he doesn’t understood anything I said , that’s why I left his Auto Rickshaw and started walking towards my destination . 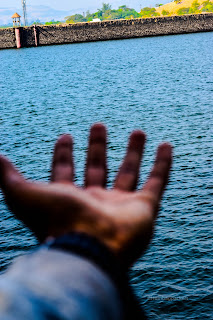 After 5 km of walk I reached MULSHI DAM.  During monsoon season Mulshi Dam looks more astonishing and freshening. In winter season the water level fall down and most part of the Dam becomes Dry. 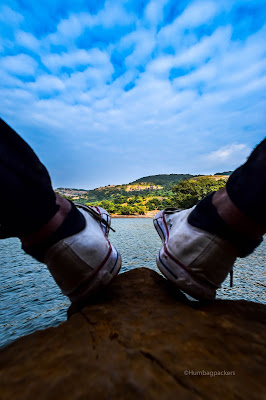 But it’s still Interesting, actually I made it more adventurous for myself by trekking to the top of the hill near this dam for the perfect view, and guess what? … I thought I was alone in that area but I saw one couple enjoying nature’s peace in their own style. With due respect for LOVE I didn’t disturb them and slowly and silently moved ahead. I was like …. CHALO MAIN AKELA PAGAL NI YAHA PAR . 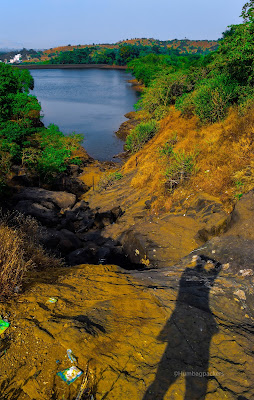 After Enjoying every bit of the Nature’s Silence except for that couple, I moved ahead and again start walking towards Tiger point. Beautiful hills, valleys, silence, clean roads and most important Fresh Air.
As I am in Maharashtra people seems to be very nice and friendly so I thought of taking Lift to the Tiger point , because I was very hungry and thirsty as well so taking Lift was the only option left . AND

I tried many times but no one was stopping their vehicle. Then on attempt number 8 I finally got Lift by a MARATHI boy of my age and his lovely YELLOW scooter and his Name was RAJ ‘’ NAAM TOH SUNA HOGA ? ‘’   It’s really funny that I thought Tiger point is still 6-7 KM far because that AUTO wala told me so … but when I asked Raj he said sit first then I will tell you , I said okay man . I sat on his scooter, we start a conversation on basic introduction and this and that …. Then suddenly at one point Raj stooped his scooter and said there you go, and I was like… whaaat we reached? But that was just 5 min distance we travelled. Typical Raj gave me that one Bollywood smile which I knew it was gonna come at some point.

I Thanked Raj for ride and instead of saying welcome he wanted me to click his picture. Because I owe him so I clicked some pictures of him.
Safar Tha Apna , Sathi The Anjaan . 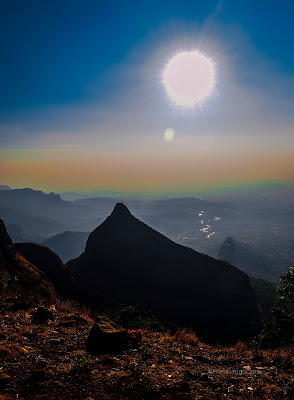 Finally with the help of a Stranger I reached TIGER POINT HILL.  I was happy that I reached at my destination and then very next moment I was eating WADA PAAO with a hot cup of TEA, yes I have a tank instead of stomach. Ha-ha …
I witnessed some amazing views, eye catching subjects, hills and beautiful valley.
Later on I left Tiger point because I don’t want to miss my LOCAL TRAIN which was from LONAVALA station 20 KM down the hill. Again I started walking down the hill this time I was desperately hoping for a lift till station. I nearly walked 2KM down the hill then I saw a bike coming in my direction and the rider looks very decent, like he dressed up for an Interview.
I was hoping that at least he should drop me near LONAVALA station, but luckily he was also going to PUNE city and because of office work he had visit Ambey valley, which was situated near Tiger Point. But I was happy and excited both that I got a lift straight to HOME and secondly it’s going to be on a BIKE WITH NH4 AND STRANGER.

I WAS WITH A STRANGER, NH-4 AND AMAZING SUNSET. 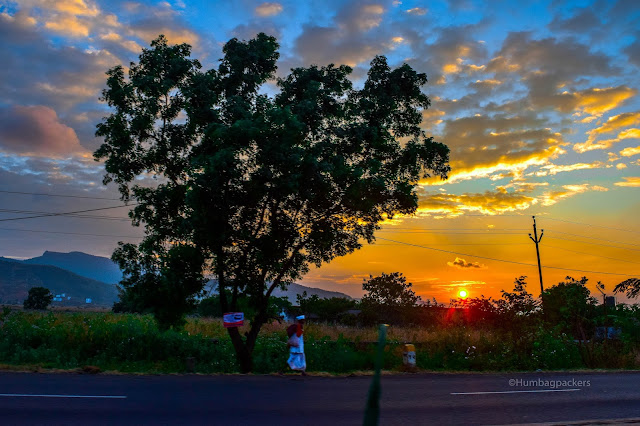 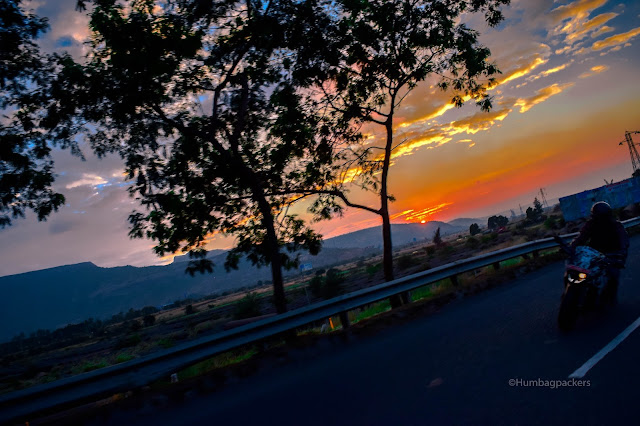 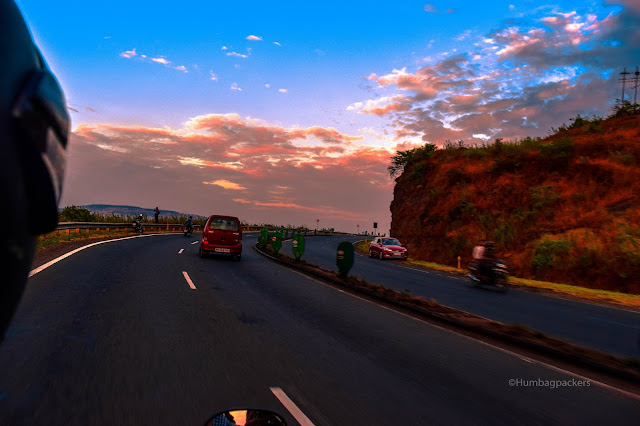 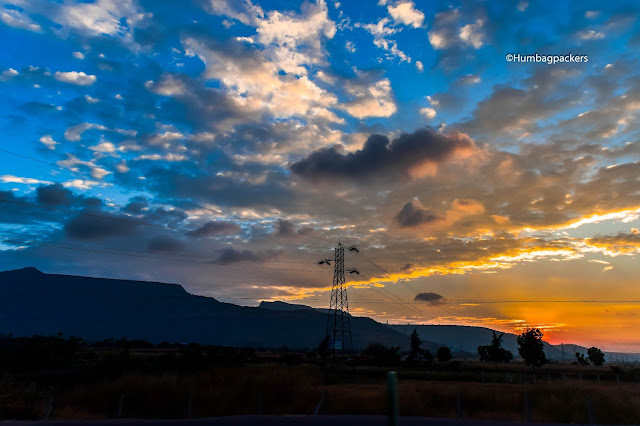 Some people planned their trip for weeks but yet couldn’t be able to execute that Escape and left regretting life or cursing their own Destiny. Maybe these people Hate goodbyes , but I must say if you want to Escape this Rat Race around you , then you shouldn’t  Hate Goodbyes  .

DON’T HATE GOODBYES .TRAVEL AS FAR AS YOU CAN. TRAVEL AS MUCH AS YOU CAN, BECAUSE IT WILL HELP YOU TO UNDERSTAND YOURSELF.
Posted by Humbagpackers at 12:30 PM 2 comments: